Where have all the architecture zines gone? 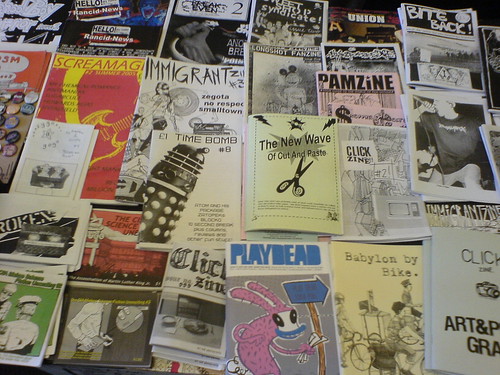 While researching architecture and design publications a couple weeks back, I stumbled upon the occasional defunct site: “current” stories marked for 2006 and footers bearing the words, “last updated January 31, 2000.” I didn’t think anything of it at the time, except recently I came across the exhibition A Few Zines: Dispatches from the Edge of Architectural Production. The text for the project says,

In the 1990s, zines such as Lackluster, Infiltration, loud paper, Dodge City Journal and Monorail subverted traditional trade and academic architecture magazine trends by crossing the built environment with art, music, politics and pop culture—and by deliberately retaining and cultivating an underground presence. Much has been made of that decade’s zine phenomenon—inspiring academic studies, international conferences and DIY workshops—yet little attention has been paid to architecture zine culture specifically, or its resonance within architectural publishing today.

A Few Zines: Dispatches from the Edge of Architectural Production does both. Rather than attempting to present an exhaustive retrospective of architecture zine culture, it highlights complete runs of several noted zines that began in the nineties. The exhibition also features contemporary publications that continue to draw inspiration from the self-publishing tradition, such as Pin-Up, Sumoscraper, and Thumb.

The zine movement has come and gone, but in its place has arisen a vibrant culture of blogging – not quite as underground as the zine but still in the vein of self-publication. It is still too early to say what influence the blogosphere will have on architecture, but its influence is growing and 3six0 is glad to be a part of it.

For those interested, A Few Zines runs January 8-February 28 at Studio-X in New York.